For the past 8-months now our team has been long La Jolla Pharmaceuticals (Nasdaq: LJPC) calling for substantial upside in the stock price. At times our thesis has played out such as with the initial run from $2.30 to $9 fueled by insider buying and strengthening financial performance. During other times this year such as the COVID-19 market crash in March and the Priority Review debacle discussed in this article the stock price retraced 30-50% before finding footing. Most recently, LJPC has experienced significant selling pressure on the heels on entering a definitive merger agreement to acquire Tetraphase Pharmaceuticals (Nasdaq: TTPH) in an all-cash transaction. Per the agreement, LJPC will pay $43M cash upfront and an additional potential $16M in contingent value rights (CRV) if certain sales milestones are hit. In the rest of this article I will present my assessment of the deal as it pertains to the fundamental fitness and future of LJPC.

Since November 2019 LJPC board chairman and acting CEO Kevin Tang’s vision for the company has been somewhat opaque. Although unanswered questions persist, through studying Tang’s actions there is much that we can discern. By terminating LJPC’s research and development programs, liquidating its laboratory equipment and the associated leases, and ultimately restructuring the company around its commercial asset Giapreza, we know Tang believes Giapreza will be the breadwinner. This inference is supported by the fact that since 1/9/20 Tang Capital Management L.P has purchased 3,756,581 shares of LJPC on the open market at an average cost basis of $6.01 worth $22.58M, as well as the significant increase in Giapreza net sales revenue in the past 12-months (+73% YoY for the 3-months ending 3/31/20). The next puzzle piece to the future Tang is constructing for LJPC was revealed in May 2020.

Unexpectedly, Tang submitted an unsolicited offer to acquire TTPH for $22.3M plus $12M in CRV. At the time TTPH was preparing for a merger with AcelRx (Nasdaq: ACRX) via an all-stock-transaction. Soon thereafter Melinta Therapeutics entered the scene with its own offer to buy TTPH for $39M upfront cash and $16M in CRV. Many including myself thought LJPC’s bid for TTPH would end there, but Tang surprised us yet again on June 22nd when he sweetened the offer with $43M cash plus $16M in CRV. To further compel TTPH to accept he had LJPC take a 14.9% equity stake in TTPH giving them significant voting power. Given that Armistice Capital, LLC which holds 20% of the voting power signed support or exchange agreements to tender their shares to LJPC which made a tender offer on June 29th, and the merger being unanimously approved by the TTPH board of directors, there is a high probability that the deal will go through. What can we learn through the tenacious purchase of TTPH? Tang is creating a diversified, critical care focused, pharmaceutical company.

In purchasing TTPH Tang has added (assuming the deal closes) a second commercial asset Xerava to its product line. As good as we know Giapreza is, only having one commercial asset and no R&D program compounds LJPC’s business risk. Xerava mitigates this risk by adding an immediate additional revenue stream for LJPC that aligns with its newly reinforced sales infrastructure consisting of critical care specialists targeting key regions and leading hospitals across the U.S.

More on Xerava and Its Commercial Potential

Xerava (eravacycline) is a fully synthetic, novel fluorocycline antibiotic belonging to the tetracycline class discovered at Harvard and was FDA approved in late 2018 under a broad label for the treatment of complicated intra-abdominal infections (cIAI). With regards to ICU infections, cIAI is the second most prevalent infection site as well as the leading cause of infection-related mortality. The clinical rationale for development of Xerava has a shared theme with that of Giapreza underscoring its compatibility within LJPC’s commercial framework.

Giapreza was approved in December 2017 for the treatment of adults with septic or other distributive shock, the most common type of shock in the ICU affecting approximately 1/3 of ICU patients (~800K/year). Prior to the availability of Giapreza ~38% of these patients did not respond/achieve adequate blood pressure (i.e. refractory distributive shock) with available therapies (namely norepinephrine/epinephrine and vassostrict). Similarly, many patients with cIAI failed to respond to antibiotic regimens due to the evolution of multi-drug resistant strains of infectious bacteria. Thus, approval of Xerava which was based data from two Phase 3 studies (IGNITE 1 and IGNITE 4) where it demonstrated non-inferiority to the carabapenem class of antibiotics [Merck & Co.’s Invanz (ertapenem) and Pfizer’s Merrem (meropenem] added a novel broad-spectrum antibiotic to the therapeutic arsenal for overcoming resistant pathogens. And because of its broad label Xerava can be prescribed for pathogens that have not yet been identified (i.e. mutant strains)

Xerava treated patients had cure rates in line with that of its comparators and a similar safety profile. Moreover, no dosing adjustments were needed in patients that had kidney impairments or penicillin allergies which is extremely advantageous for a drug intended for critical care settings. This is not to say that Xerava dose not have its limitation. It previously failed a Phase 3 study in complicated urinary tract infections. Also, as a tetracycline class drug there are numerous potential adverse events ranging from abdominal discomfort and nausea (more common) to liver toxicity (rare). From a commercial standpoint Giapreza and Xerava both had relatively high/unrealistic expectations at their respective commercial outsets (peak U.S. sales estimates were $500M and $340M for Giapreza and Xerava, respectively, in addition to substantial European market opportunities). As we have seen with Giapreza, that is starting to change now that analysts have lowered their expectations and Giapreza has experienced increased market uptake and advocacy by critical care thought leaders. As far as Xerava’s sales performance goes, its on the right track but nothing to celebrate yet. Fully Year (FY) Xerava sales in 2019 were $3.6M (an average of $900K per quarter). In 1Q20 Xerava revenue came in at $1.76M up +416% from 1Q19 revenue of $341K. Given Xerava’s organic growth with TTPH, integration into LJPC’s new and improved critical care focused commercial engine should boost its revenue growth. In particular, if the CVR sales milestones are hit Xerava will pay for the itself within 2 years (a big “if” until we see a couple of quarters of robust revenue growth). Let see how CVR milestones compare with analysts expectations.

As we can see in Tables 1 and 2, analysts expectations for FY21 Xerava sales are slightly under what is required to trigger the $2.5M CVR payment to TTPH shareholders. As we saw above, Xerava net revenue saw a nice YoY jump. The question is will that growth be sustained, dwindle, and potentially be amplified? A conservative outlook on Xerava’s 2021 sales performance puts net revenue between $2-4M /quarter. In this scenario Xerava would pay for the TTPH acquisition and start delivering an ROI in ~3-years [($43M/$3.5M average sales revenue )/4 quarters= 3]. A more bullish outlook allowing for the $2.5M CVR payment in 2021 puts average quarterly Xerava revenue at $5M which translates to an ROI in a little over 2-years. Now that we have outlined some realistic near-term commercial scenarios for Xerava let’s throw Giapreza into the mix and evaluate LJPC’s forward looking financials relative to its valuation.

With the pending TTPH acquisition Tang has positioned LJPC with two innovative products for use in critical care settings, namely the ICU. Since announcing the commercial restructuring initiative in November 2019 Tang has built a team of critical care specialists that until now had the sole focus of selling Giapreza. As evident by the uptick in Giapreza 2019 net sales which have been sustained thus far in 2020,  these specialists are succeeding at getting Giapreza into key hospital formularies. Moreover, demand for Giapreza by six Hospitals in Europe for the treatment of septic shock due to COVID-19 (for compassionate use) suggests that U.S demand may have been higher during the 2Q20 due to COVID-19. Postings by key opinion leaders in the critical care on social media, as well as several case studies published recently, support this notion. Now LJPC’s sales team has Xerava to sell as well; one of the few new antibiotics to hit the market for cIAI, where it is especially useful in cases with multi-drug resistant pathogens. Being that Xerava has been approved for over 2-years it already has some clinical recognition which should aid in market uptake vs. a nascent product.

In general, antibiotic development has faced headwinds in recent years due to a lack of financial incentive. In effort to avoid bacterial resistance many are used sparingly which translates to inconsistent revenues. A bill proposed in 2018 called the DISARM Act could change and if approved would benefit Xerava. Based on our financial analysis, Xerava should pay for the TTPH acquisition in 2-5 years. From an investment perspective that is favorable in the long-term for LJPC shareholders. Moreover, I think Tang can keep the company’s cash burn relatively stable being that his sales team is only targeting ICU doctors/formularies for use in a fraction of the 4-million patients a year admitted to the ICU. Assuming Giapreza sales keep the pace LJPC could become profitable in the next few years. Moreover, based on the fact that Tang has not partnered in Europe where Giapreza was approved in Fall of 2019, is yet to name a CEO, and diversified LJPC’s product line, it appears that Tang’s end game is to sell the company. With a market capitalization of $199M and given the LJPC should pull at least $32M in revenue this year from Giapreza, we feel the company is undervalued.

I am/we are long LJPC 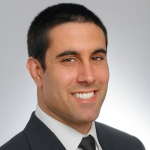 I hold a B.S. in plant science with a specialization in plant breeding and genetics from the University of California Davis. Currently I am working towards my PhD in crop genetics at the University of Florida. My passion on par with science is investing and entrepreneurship and have been a diligent student of the stock market for over 2 years achieving gains over 150%.I’ve suffered losses as well and found a lesson to be learned in each one. My goal is to share all that I’ve learned to help others make money trading stocks.