We have had great success with past core positions such as Biocryst Pharmaceuticals (NASDAQ: BCRX), La Jolla Pharmaceuticals (NASDAQ: LJPC), and Dario Health (NASDAQ: DRIO). Each of these stocks ran over 100% in the period of less than twelve months. When evaluating for core positions, we look for fundamentally sound companies that in our eyes, are undervalued. This could mean many things such as we feel the valuation assigned by the stock market matches the true value of the company, or that a company has an upcoming catalyst that we believe will be favorable for the company with unequivocal conviction. We are happy to introduce two new biotechnology companies that we have granted Core Position designation to: Karyopharm Therapeutics (NASDAQ: KPTI) and G1 Therapeutics (NASDAQ: GTHX). In this article, we will introduce each company for our premium community members, with detailed reports and updates being published as appropriate.

Selinexor is a protein called XPO1, which is part of the body’s regulatory process that helps prevent damaged cells from surviving and becoming cancer cells. The exciting part here is that selinexor is the first medication with this anti-cancer mechanism approved by the FDA. Moving back to indications, the approval in second line multiple myeloma was based on the results of the BOSTON study. Within this study, the triple combination of selinexor, bortezomib, and dexamethasone (dubbed sVD) checked all the major boxes we look for in a clinical trial. Therapy with sVD showed a higher percentage of patients that responded to therapy, a longer progression-free survival, and a longer median duration of response. Essentially, this means more patients respond to therapy and for a longer period of time. This is absolutely wonderful for patients, as well as those investors who believe in the selinexor story, as longer duration of therapy equates to more drug being sold. Furthermore, the addressable market for the new multiple myeloma indication is significantly larger than the previous last line (see figure below).

Recently, Karyopharm experienced headwinds around the time of the JP Morgan Healthcare conference when the pre-announced sales for the 4th quarter of 2020. The report revealed that (unaudited) selinexor sales were around $20 million, which was less than the quarter prior. Now normally, this would be concerning, however we feel this has created a wonderful buying opportunity for a strong mid-cap company with strong growth potential. First, as many other companies have cited, COVID-19 has negatively impacted the oncology sector, and broadly, the ability for commercial teams to meet with prescribers. But second, the label expansion in multiple myeloma did not occur till later in December, which means that it likely played little-to-no factor in the quarter’s sales. Thus, Karyopharm should have a solid base of $20 million in quarterly sales for which to build upon.

Looking at the financials, Karyopharm ended the third quarter of 2020 with $304 million. Based on the burn rate from the third quarter of around $53 million, they should have a cash runway of over one year, which may be longer pending sales growth and expense management. Along these lines, Karyopharm has also benefited from its international partner Antengene, as they highlighted in the JP Morgan press release that in the fourth quarter they received around $15 million in license revenue, which will only help expand that cash runway. Two final points to consider that will favor Karyopharm in the coming months include the National Comprehensive Cancer Network (NCCN) adding three selinexor containing regimens to their guidelines for the treatment of multiple myeloma. And second, we recently learned the European Medicines Agency’s Committee for Medicinal Products adopted a positive opinion for selinexor, which would mean it has a high chance of approval in Europe, presently an untapped market for Karyopharm.

We look forward to continuing to update our subscribers on the status of this core position as the company grows. As this is a sales growth story, there is no defined catalyst, making this a long term play.

G1 Therapeutics is a clinical stage company that is on the verge of breaking through to the ranks of a commercial stage company. Its lead candidate is trilaciclib which is an intravenous CDK4/6 inhibitor. The most notable thing here is that the FDA is reviewing the New Drug Application for trilaciclib with priority review, and has a scheduled PDUFA date of February 15, 2021. G1 has a focused pipeline of three oncology candidates, including trilaciclib, rintodestrant, and lerociclib, which has largely been licensed out.

Trilaciclib would not be the CDK inhibitor to be approved by the FDA, but the indications, if approved, would be quite different. Currently approved CDK inhibitors are approved for the specific treatment of various cancers. What G1 has done is take the way in which trilaciclib works, and created a new market. G1 aims to market the product as a therapy to be given with chemotherapy to reduce the adverse effects of chemotherapy. Essentially, chemotherapy targets and kills rapidly dividing cells like cancer, however there are other rapidly dividing cells in the body that are not cancer, such as the bone marrow. While chemotherapy will be toxic to the cancer, it is also toxic to normal cells, which is why patients receiving chemotherapy may develop anemia or low white blood cells counts (which makes them at risk for infections). The specific wording of the indication has yet to be revealing, but what we do know is that it will be in combination with chemotherapy for the treatment of small cell lung cancer (SCLC).

This is based on data from three clinical trials across various lines of therapy for SCLC. If approved across the various lines of SCLC, then the total addressable market is around 30,000 patients treated annually. Now, since this is a change in paradigm for the management of chemotherapy side effects, I am expressly limiting my expectations for the early launch. Historically, patients experiencing anemia would be treated with EPA or blood transfusions, while those experiencing neutropenia would be treated with a drug like Neulasta (commonly advertised on TV). In order to assist in the launch of trilaciclib, G1 has partnered with Boehringer Ingelheim. This is a genius move by management to leverage their expertise and experience in lung cancer, but also keep expenses in line for G1. This deal is only good for three years and only sacrifices mid-twenty percent royalties to Boehringer Ingelheim in the first year, which drops down to low-double digit and high single-digit royalties in year two and three.

SCLC is not the end of the road for trilaciclib. Trilaciclib has shown positive effects in metastatic triple negative breast cancer (TNBC), which was recently presented at the San Antonio Breast Cancer Symposium. In this phase 2 study, the benefit of trilaciclib was different than that in SCLC. Instead of showing decreased rates of side effects like in SCLC, the data in TNBC showed a survival benefit compared to placebo. Now this is a very tricky situation that may confuse some investors, however there is a logical rationale. Essentially, in TNBC trilaciclib may still reduce the rates of chemotherapy side effects, but such reduction allowed oncologists to utilize more cycles of full dose chemotherapy, instead of reducing the doses. This could result in improved survival (given higher doses of chemotherapy and/or more cycles), but sacrifice the side effect benefit since patients are receiving higher doses. In other words, trilaciclib allows for the same side effect profile with higher doses of chemotherapy which can lead to improved survival.

The second candidate which we will focus on is rintodestrant. Rintodestrant is an oral Selective Estrogen Receptor Degrader (SERD). Such therapy would prove beneficial for the treatment of estrogen driven cancers, such as hormone positive breast cancer. Presently, there is only one SERD available, fulvestrant. The downside of fulvestrant is that it is administered as an intramuscular injection, which can be quite painful. Thus, the development of an oral agent like rintodestrant would be welcomed by patients and their physicians. The catalyst for rintodestrant will be data in the second quarter of 2021 from the phase 2 trials evaluating the combination of rintodestrant and palbociclib. This data will be important, as if positive, will likely impact the prioritization of future development and potential partnering options for its development.

Looking at the financials for G1, they closed Friday with a market capitalization of $918 million. G1 ended the third quarter of 2020 with $238 million in the hand. The net loss for the third quarter was $11.7 million, but this quarter included $26.6 million in license revenue which is not a source of consistent revenue. The company guided that they expected to end 2020 with $200 to $205 million. That being said, I would anticipate that the expenses will rise as development programs expand, however the company has noted that they are interested in finding a partner for the european commercialization of trilaciclib. Such a partnership would be an unplanned catalyst.

So in summary, G1 has two near term catalysts to watch for. First, the PDUFA date for trilaciclib on February 15 will provide the company a source of revenue if approved, less royalties per the above agreement. Second, in 2Q2021 we should expect data from the  rintodestrant phase 2 combination trial. This data will significantly impact the future development of the program and opportunities for non-dilutive funding via a partnership.

We look forward to updating our subscribers as the G1 story continues to unfold.

I/we long KTPI and GTHX and may buy/sell shares in the next 72 hours. This is not a recommendation to buy/sell securities. See full disclaimer on our website. 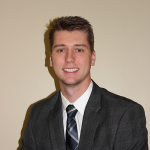 As a young investor, I focus developing biotech companies. I focus strongly on fundamentals, digging deeper to understand the financial and regulatory position of companies. The biotechnology sector is very volatile, please use caution and do your own additional due diligence before investing. I also secondarily focus on small security and defense companies that provide long-term growth opportunities.

As a young investor, I focus developing biotech companies. I focus strongly on fundamentals, digging deeper to understand the financial and regulatory position of companies. The biotechnology sector is very volatile, please use caution and do your own additional due diligence before investing. I also secondarily focus on small security and defense companies that provide long-term growth opportunities.

We want our generation to succeed and not fall victim to the daunting statistics.